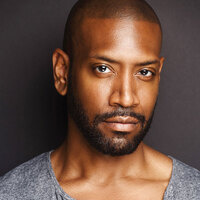 Lecture: Finding Your Purpose: From Baltimore to Broadway’s “Hamilton”

Famed actor, singer and songwriter Bryan Terrell Clark, who starred as George Washington in the Broadway hit “Hamilton: The Musical,” will speak at Allegheny College on Wednesday, Feb. 26. The lecture will take place at 7 p.m. in the Gladys Mullenix Black Theatre in the Vukovich Center for Communication Arts. Admission is free and open to the public. (This lecture has been rescheduled from Jan. 30.)

Watch a video message from Clark to the Allegheny community on the Facebook event for the lecture.

Drawing on real-life lessons from his humble beginnings in Baltimore to his starring career on Broadway, Clark inspires others to reach their full potential in life while leaving a positive impact on the world.

Clark graduated from the Yale School of Drama and Temple University. He made his Broadway debut playing the iconic role of Marvin Gaye in “Motown: The Musical,” which received a 2014 Grammy Award nomination for Best Musical Theater Album. He has also appeared on numerous television programs, including Netflix’s “When They See Us,” OWN’s “Queen Sugar,” and CBS’s “NCIS: New Orleans,” “Blue Bloods,” “Person of Interest,” “Unforgettable,” “CSI: NY” and “The Unit.”

Clark is also the co-founder of inDEFINED, an initiative launched in 2017 that inspires and teaches young people to use their voices to erase constrictive labels in our society. The online apparel brand raises money for various charities and philanthropic organizations and supports arts education for at-risk youth.

The lecture is presented by Allegheny’s Public Events Committee. For more information, contact the Office of Conference and Event Services at (814) 332-3101.