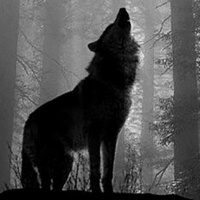 Play: The Dog Runs Because He Can

Allegheny College will present the world premiere of “The Dog Runs Because He Can,” a play written by Assistant Professor of Music Douglas Jurs, on Friday, Jan. 17, at 8 p.m. and Saturday, Jan. 18, at 3:15 p.m. The performances, which are free and open to the public, will take place in the Gladys Mullenix Black Theatre in the Vukovich Center for Communication Arts on the Allegheny campus. Tickets are not required.

“The Dog Runs Because He Can” was inspired by a piano sonata and the mystery behind the unexplained disappearance of the composer who wrote it, Nicholas Thorne. Thorne was a leading American composer in the 1980s, with a Prix de Rome, Guggenheim and other prestigious prizes to his credit, faculty positions at Yale and the University of Michigan, and commissions from leading ensembles around the world. Then. around 1992, he withdrew suddenly, with some dozen commissions left unfulfilled.

Jurs said that he first fell in love with Thorne's 1980 Piano Sonata when he was an undergraduate at Indiana University in Bloomington in the early 2000s. “My connection with the piece was such that I felt compelled to find the man who wrote it,” Jurs said. “But everywhere I looked, no one seemed to know what happened to Nick. The play is about that mystery and trying to understand what happened. Along the way I think it's a meditation on the struggles and rewards of making art.”

“The Dog Runs Because He Can” contains adult language.

Chicago-born pianist Douglas Jurs explores new listening experiences through cross-disciplinary experiments and program innovation. His new play, “The Dog Runs Because He Can,” about a piano sonata and the mysterious disappearance of the composer who wrote it, debuts January 17-18 2020 at Allegheny College, where he is an Assistant Professor of Music.

Dr. Jurs will be a 2020 Musician in Residence at the Banff Centre for the Arts in Canada where he will develop ideas that combine music and narrative and prepare world premieres for piano by American composer Daniel Temkin and Iranian composer Aftab Darvishi. Other performances this spring include the “Oh My Ears” new music festival in Phoenix, “Live from Studio Q” for National Public Radio, and a recital performance in a non-traditional club space in Montreal in April.

A world premiere recording of "Five Strong Winds" by Marc Satterwhite with clarinetist Matthew Nelson (University of Louisville) will be released in 2020 on Centaur Records. Other recent collaborators include San Francisco’s Alexander String Quartet and violist Lauren Burns Hodges, with whom he toured China. Dr. Jurs also enjoys connecting with artists from other disciplines; for recent performances of John Cage's complete "Sonatas and Interludes," he collaborated with an Indian chef, dancers, and a man who paints with his beard on rice paper.

As a researcher, Dr. Jurs is interested in exploring immersive listening and the connection between embodied musical gesture and lived experience. He has presented papers for College Music Society and the Music Teachers National Association and in 2016 received a Mellon Foundation Grant for Research in the Humanities to explore related topics. His degrees in piano are from Indiana University - Bloomington, Cleveland Institute of Music, and University of Wisconsin - Madison. Intensive theater training with New York’s SITI Company in 2008 was also a formative experience.