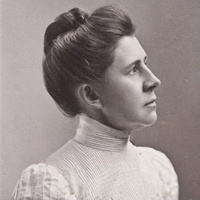 Lecture: "Ida Tarbell: The Impact and the Echoes"

Charles Fountain, professor of journalism at Northeastern University, will focus on the biography of Ida Tarbell, noted Allegheny alumna and journalist, exploring themes of her conflicting perspectives on women’s rights, her muckraking career, and her profound effect on firms, markets, and the law.

Fountain is the author of several books, including “The Betrayal: The 1919 World Series and the Birth of Modern Baseball” (Oxford University Press, 2015), which was named one of the Best Books of 2015 by the Boston Globe. Fountain is particularly interested in the myth and culture of American sport as well as race and journalistic history. He has written for and appeared on many outlets including the Boston Globe, the Los Angeles Times, the Christian Science Monitor, the Philadelphia Inquirer, USA Today, the Columbia Journalism Review, Deadpsin, ESPN, National Public Radio, PBS, Fox News Channel, and television stations across the country.