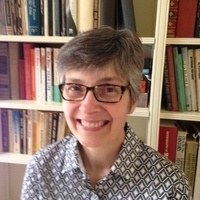 Eighty years ago, on September 3, 1939, Britain began the mass evacuation of children from its cities in anticipation of Nazi aerial bombardment and potential occupation. The decision to separate poor and working class children from their families in the name of national interest resonates today, raising important questions about how we talk to children about national crises that directly impact them. One avenue for such conversation is children's books. This talk will explore the way children's books published during the war years in Britain both reflect and comment on evacuation as policy and as the lived experience of their young readers.