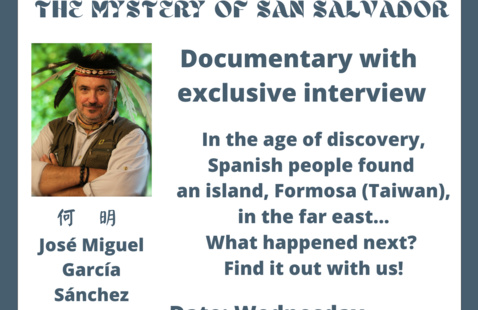 The Department of World Languages and Cultures and A5 would like to invite you to a special documentary screening on Wednesday, January 25, 6 pm at Quigley Hall 101.

In the age of discovery (16th century), Spanish people set out on their adventure to the Far East where they encountered Formosa (Taiwan). For 16 years, Northern Taiwan was under Spanish colonization. In the documentary, we are going to find out the Spanish culture and influence that remained in Taiwan.

We also present to you an exclusive interview with Director, José Miguel García Sánchez, who will talk about his job being a documentary filmmaker and his intercultural experience living between Spain and Taiwan.

Food will be provided!